Flags and Their Meaning

My son and his family recently had a small dinner party for 7 of his friends from the Philippines.  My son served an LDS mission on Mindanao, and still feels connected to the islands.  This is one of the wonderful affects of serving a foreign mission.  To welcome his guests, my son hung a large Philippine flag from his front porch.

Flag of the Philippines

His twin, brother who lives in Washington D.C., has both a Canadian and Chuukese flag displayed in his house.  His daughter (my granddaughter) served an LDS mission in Montreal and his son is currently serving in the State of Chuuk (a small group of islands that is part of the Confederated States of Micronesia, located SE of Guam).

Flag of the State of Chuuk (Pronounced Chooook)

When my daughter’s family purchased a house in Alpine, UT, it came equipped with a flag pole.  During June of this year, they flew a Rainbow flag in honor of Gay Pride month.  And then in July, they switched to the Betsy Ross flag. 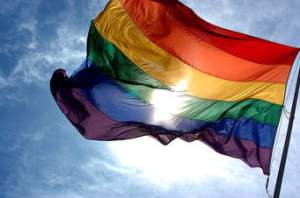 Then came the controversy over the Betsy Ross flag.  With Nike withdrawing from the market shoes with a 13-starred flag on the heal.  This action was taken at the recommendation of one of their advisors, Colin Kaepernick.  He alleged it was occasionally used by racists.  An allegation which, on review, seemed exaggerated and not particularly relevant.  After all, the Betsy Ross flag was displayed prominently at President Obama’s inauguration.  The flag is an important part of our nation’s history.  And just for the record, my daughter and her family are not racists.

I have a frame to display flags in my back yard.  I typically alternate between the U.S. Coast Guard flag, the Ugandan flag, and the French flag.  I served 3+ years in the Coast Guard and they treated me well.  I work 2 months each year in Uganda and love its residents.  And I served an enjoyable (but frustrating) LDS mission in France.  The flags are my remembrances of my past, present, and future.

That gets me to the blue flag, a black and white flag with a blue stripe, symbolizing the “thin blue line,” the demarcation between the police and chaos.  The flag was intended as an expression supporting our men in uniform.  Unfortunately, this flag was co-opted by neo-Nazi organization at a ugly demonstration in Charlottesville, Va.

About a month ago, I saw a large blue-stripe flag flying on a Orem City fire truck.  I was concerned that it might be misinterpreted and was going to contact the fire department, but never did.  I only saw the blue-line flag flown that one time.  So the issue for me is dead.

How about the standard American flag?  I don’t personally display it.  The Boy Scouts used to have a fundraiser where they’d post the American flag on your front lawn on major holidays.  I didn’t participate.  I served in the military but I’m not a super-patriot.  Boundaries between nation are so arbitrary.  I try to be respectful of all country flags.

While I’m not in favor of flag burning, I dislike politician using it as a political issue.  Ex-senator Hatch was infamous for patronizing Utahns by trying to pass anti-flag burning legislation.  During the 40+ years he was in Congress, America had much more important issues, and this was just a diversionary tactic.  Trying to convince the electorate that he was actually doing something.  I also find the proposed legislation to require all American flags to be made in America silly and patronizing.  Again, America has much bigger issues, particularly now.

Flags are important.  Hopefully, they remind us of the principles that our countries are founded on.  Hopefully, they are not used to divide us.  To insulate us from the rest of humanity.  What happens in my country affects the world.

This entry was posted in Personal Essays, Social Justice and tagged flags, patriotism. Bookmark the permalink.