The Mule: A Movie Review that Analyzes Two Organizational Structures

Posted on 23-January-2019 by rogerdhansen

I loved this movie.  Clint Eastwood was born to play the starring role in “The Mule.”  He is perfect as a dysfunctional, curmudgeonly senior caught in the trap of his own egoism (much like in the movie “Gran Torino).  Eastwood plays an aged, briefly successful, drug runner. 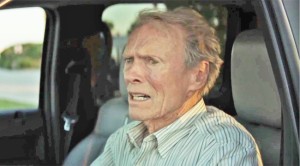 The movie has several messages:

Unfortunately, the director (also Eastwood) hammers the viewer with the first message.  No subtlety here.

But my real comment about “The Mule” has to do with organization dynamics, both with the drug cartel and the DEA.  Both are portrayed as extremely top-down organizations.  Which I suspect is actually the case, particularly the former.

The first drug lord is smart enough to put up with his successful mule’s erratic behavior.  He realizes that his unpredictability is an asset.  His aging employee, with a clever personality, doesn’t profile as a likely mule.  About halfway through the movie, the first drug lord is assassinated.  The new one is a bully hardass, and insists that the mule stick exactly to the plan and behave as ordered.  The new boss also gets greedy.   All with disastrous results.

The DEA on the other hand, is governed by short-term results.  The local supervisor is constantly pressured to either defecate or get off the pot.  He has to go out on a limb to support his agents.  It’s management by objectives (measurable results) gone amok.

All this I view as a plea to understand your employees and colleagues, and to let them do their job.  The mule’s original technique worked to perfection until he was forced into a mold, and then predictability doomed the transport project.  The DEA agents were doing their job, but management was impatient for reportable results.  Senior managers tried to call off the investigation prematurely.

All this leads me to the following conclusions:

Maybe I will write a book.  Instead of calling it “Everything I learned about management I learned in kindergarten,” I will call it “I learned management skills from ‘The Mule.”

This entry was posted in Movies, Organizational Dynamics, Personal Essays and tagged organizational dynamics, The Mule. Bookmark the permalink.

2 Responses to The Mule: A Movie Review that Analyzes Two Organizational Structures